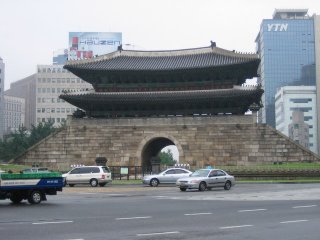 I'm back - exhausted, but exhiliarated after what turned out to be an amazing trip. When you put your mind to it, you can pack a lot into a single week - and I left no minute unused.

Good news! The photo albums my kids asked to put in their files are there, every single page. And although there's been no contact from either of their families yet, I just have a very good feeling that it will come in time. At least I'm really hopeful.

Korean adoption is definitely on the verge of a paradigm shift. I was absolutely thrilled when the discussion in the conference session in which I participated was entirely on search and open adoption. And I don't mean that the Korean adoptive parents were voicing interest - they were in or trying to be in open adoptions with their children's families.

But without a doubt, the most moving session was that in which two mothers shared the stories of the surrenders of their children. These brave women confirmed everything I've begun to believe - that they had no support from families, friends or community; on the contrary, they were given no options but to relinquish their children. And do they want reunions? Oh yes. And as more and more mothers speak out, and more and more adoptive parents do, too, things will change. I took lots of notes in this session, and will definitely be writing about it. 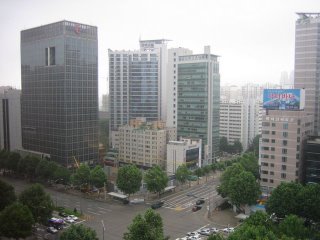 I really wish my family could have been with me, but this time it just wasn't possible. My husband and daughter went out of town for a taekwondo tournament the day I returned - we actually met at National Airport for a few minutes, giving me a chance to at least give them a hug and kiss before they left. My son chose not to go this time because he didn't want to go to the conference. He has been to two KAAN conferences, and although he enjoyed them both, he wanted his next trip to Korea to be for travel. So we're going to try (finances allowing) to all go next summer. 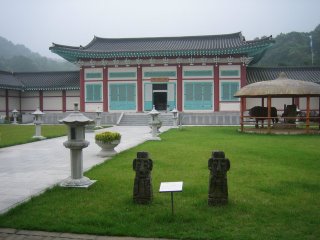 I have so much to post, but jet lag (brutal) will probably keep me dizzy for a couple of daysyet. So more to follow soon!

And now, off to bed - hopefully this time I'll fall asleep before 3:30 AM.
Labels: Culture KAAN South Korea

Rhonda said…
How absolutely wonderful the photo albums were still in their files. It is so incredibly refreshing to read your views about raising adopted kids, I can't tell you how much I appreciate it.
July 8, 2006 at 2:58 AM

KimKim said…
So glad to hear natural mother's are being heard, that the photo books are still there and that you had a good journey. I am also glad that you get to have a voice in all this too, it's wonderful that all sides get represented and can hear more from each other. Only good can come from this.
July 8, 2006 at 8:18 AM

suz said…
margie - welcome back. i think i am in love with you. lol. seriously. your posts make me cry. they give me hope. this is how adoption should be. about the children. completely. not about fixing a womens infertility but about helping a child. glad you are back. missed ya.
July 8, 2006 at 8:36 AM

Andromeda Jazmon said…
Welcome home! I am so glad to hear you had a good trip. I love the photos. I am really glad to hear that things are starting to open up more and the first moms are able to talk about their point of view. I am eager to hear all the rest! But catch up on your sleep first...
July 8, 2006 at 3:55 PM

Mama Nabi said…
Welcome back! Now, were the first 2 photos taken at super early hour? :-D I don't think I've seen those streets that empty... It's so good to hear that the photos were in their files. Glad you got home safely - sounds like you had a good trip.
July 10, 2006 at 11:34 AM

Margie said…
The first photo was taken around mid-morning, but I waited for the traffic to clear before I snapped the picture. The second was from my hotel window looking south (I think) over Kangnam - and it was taken very early in the morning. At midnight that street was HOPPING!
July 10, 2006 at 5:58 PM