Awhile back I posted on two adoption-themed Korean language flashcards I stumbled upon while reading the Korea Times online. The posts are down now, because I was actually pretty surprised at how little attention they drew. They kind of slapped me in the face as an example of one of those insidious mainstream attitudes about adoption. Viewed as examples of mainstream Korean attitudes toward the adoption of Korean children in other countries, they seemed all the more egregious to me.

The lack of outrage was deafening, and I began to wonder if I was missing some grand point. Like maybe media handling of adoption should be ignored altogether. Sometimes I get mad at stuff that no one else seems to notice, and maybe this was one of those times. So I took the posts down.

I'm happy to say that someone else did notice and took action: the Korean Unwed Mothers Support Network. Their founder, Dr. Richard Boas, and Executive Director, Kwon Hee Jung, have penned a letter to the Korea Times voicing their concerns about the attitudes the flashcards portray.

There's so much wrong with them, but I'll let the pictures tell the story. I'm working on adding comments to the entries for each of these cards on the Korea Times website (here and here) as soon as I can get the website to let me register to comment. I'll also be sending a letter to the Korea Times: 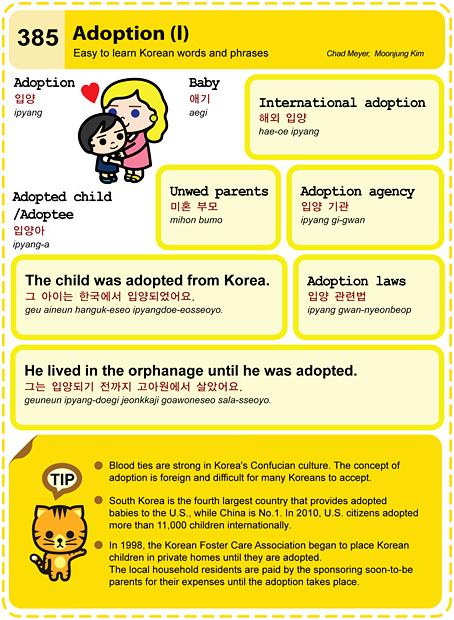 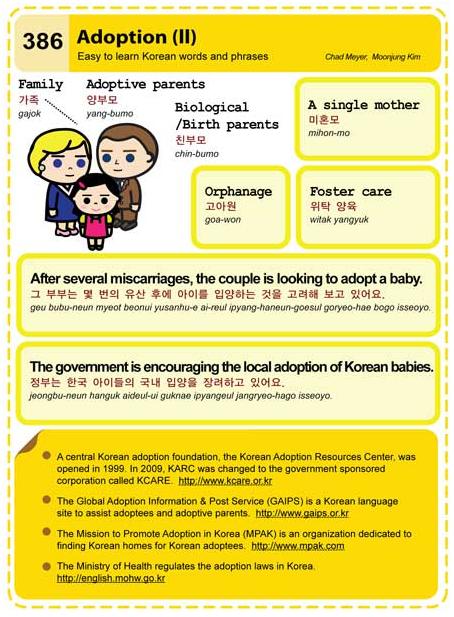